PHOTOHOPE – October 10, 2021 A Community Photowalk Across Tokyo for Suicide Prevention and Mental Health Totem Pole Photo Gallery to Sensoji via Tokyo Tower UPDATE: Thanks for coming everybody! Amazing event! Full report coimng soon. In the meantime, fill out the PHOTOHOPE 2021 – Feedback Survey where you can also upload images! HOT OFF THE PRESS! PHOTOHOPE 2021 NEWSLETTER with all the Photowalk details in both English and Japanese 🙂 Quick Guide: 1. Register to take TELL’s Step up Challenge here: https://www.tellevents.org/events/2. Let us know you’re coming by signing up here (or form below): https://bit.ly/photohope_2021_signup3. Be at Totem […] 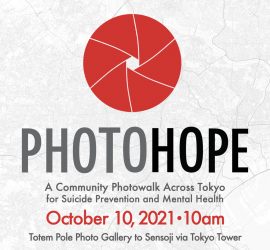 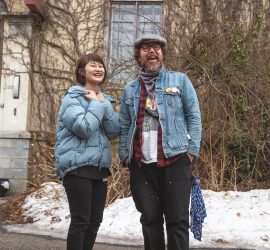 The first time we arrived in Tohoku, we had nothing but a beat-up camera, some expired instant film, and a few good intentions. Not having any idea of what to expect, or how to even go about what we hoped to accomplish, to give photos rather than just to take them, we just went on the wings of a prayer. 10 years later, with 50 photo-giving efforts behind us, we are carried north again on the wind of literally hundreds of volunteers and thousands of supporters, all of whom have been instrumental in restoring a sense of normalcy to […]

PK Sessions – INSPIRE Japan – 10 Years of Creative InitiativesJoin PechaKucha Founders, Mark Dytham and Astrid Klein, Photohomies Yuko Yoshikawa and Brian Scott Peterson, and Iwate-based sculptors Kate Thomson Hironori Katagiri as they gather online for a PechaKucha INSPIRE Session with presentations and discussions on how their various volunteer projects (HOME-FOR-ALL, Photohoku, and Postcard to/from Japan, respectively) live on and how PechaKucha played instrumental roles in each of the projects.PechaKucha INSPIRE Sessionが開催されます！P echaKuchaファウンダーのマーク・ダイサム、アストリッド・クライン、Photohokuの吉川優子、ブライアン・スコット・ピーターソン、岩手で活動する彫刻家のケイト・トムソン、片桐宏典がオンラインで集い、それぞれのボランティアプロジェクト（HOME-FOR-ALL、Photohoku、ポストカードプロジェクト）のプレゼンテーションを行います。プレゼンテーションの後は全員でのディスカッションの時間も設けています。ぜひご視聴ください！Engage with presenters by registering for the Zoom Webinar linked below. 以下からZoomウェビナーにご登録の上、ご参加ください。 http://bit.ly/pk_sessions_inspire_Japan_10_years_of… March 1110:00 JST01:00 GMTMarch 1020:00 EST17:00 PST Presentations and discussions on things we […] 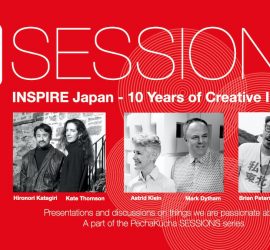 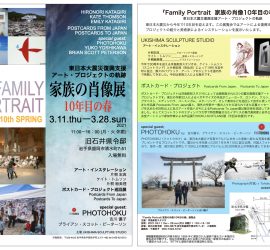 Photohomies! The biggest earthquake since 2011 rattled Japan this weekend, stirring up memories of THE big one in Tohoku 10 years ago. We checked in with a few of our Tohoku pals and everything seems mostly ok. Hearts go out to all were shaken with uncertainly and especially to the little ones for whom these moments are so frightening. 2020 threw a wrench in Photohoku’s gears and the circumstances remain a challenge for us all. A few of our planned efforts were postponed and postponed again, but we’re happy to announce we’re still committed as ever (more news on […]

8 years on and still rawking, our 49th Photohoku effort took us to the cities of Soma and Shinchi in beautiful Fukushima last weekend. We departed Friday night with two families in tow, arriving on the outskirts of Iwaki for a night’s rest at an amazing 270 year-old (!!!) farmhouse-turned-AirB&B. This was the second time we’ve encountered a very old structure in the region whose traditional construction, design, and material seems to have saved it from the fate that leveled many more modern buildings that surrounded it. It was called Gamphouse and the host we super lovely and accommodating […] 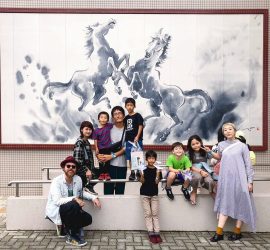 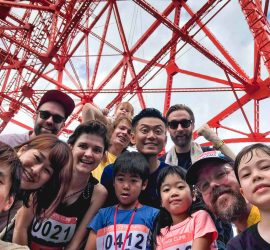 Tokyo Tower Climb 2019 – IN THE BOOKS! DUN AND DUSTED! Herculean effort by a crack squad of PhotoHomies who rallied to the cause for World Suicide Prevention Day! Together, we lugged an offensive amount of photo gear up Tokyo Tower’s 600 stairs, taking a step to destigmatize depression and mental health care. We came. We saw. We made photos. We kicked some ass. Goddamn Heroes, this posse, every one of them. Champions of the World! Thank You, Thank You, Thank You!!! And to everyone who supported us OTSUKARE!!!!!

Our friend Matt Miller, who is the grandson of a Japanese woman and an American G.I. whose son (Matt’s father), unfortunately, had to be given up to institutional care, like many children born during the war and subsequent US occupation. To understand his father’s past, Matt came to Japan to look for his biological roots and uncovered a story with as much heart as heartbreak. Through this journey, Matt decided to dedicate his heart to kids who, like his father, face the complicated circumstances of life in orphanages without parents. And on that path a special kid names Tomoya […] 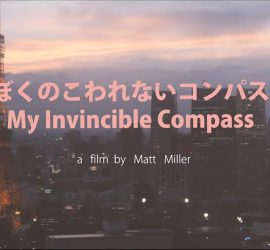 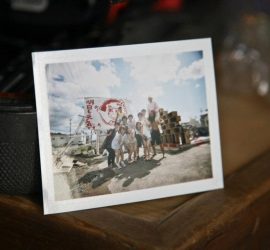 Forever in an instant, 8 years ago today, for so many in Japan, life was irreversibly turned upside down. Lives lost, livelihoods gone, but not the will to live. While nothing can replace such unfathomable loss, so much good will and brotherly and sisterly love has blossomed from this tragedy that one can’t help but to be uplifted by the human spirit found in the hearts and smiles of the people of Tōhoku who never stop reminding us what’s most important in life: eachother. Through the Photohoku project, which continues today (and started with the two images here), we […]

Last weekend, for the 7th year in a row (possibly 8th), and for Photohoku’s 47th photo-giving activity, we participated in Shinchimachi’s annual local summer festival called the “Yarushikanebe Matsuri” (やるしかねぇべ祭実行委員会）, which in a very local Tohoku dialect roughly translates something like “The ‘Nothing-left-to-do-now-but-have-a-festival’ Festival” which started after the big 2011 Tohoku earthquake and Tsunami. It’s our annual summer blowout and this year was no exception. It was billed as the last year of the festival (who knows what next year will bring) but that didn’t stop 15 of us caravanning from Tokyo toting 8 adults, 7 kids, 3 big […] 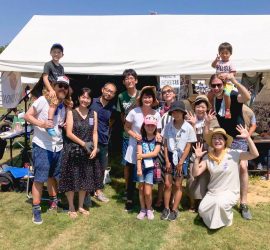 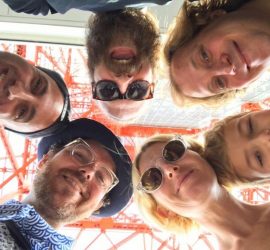 Brian here. The Tokyo Tower Climb last weekend for World Suicide Prevention day and Tokyo English Life Line was a super success. It was great to get behind such a worthy cause and make some raucous about mental health, something that most definitely needs more attention. Got me thinking about Photohoku too, even though this technically wasn’t a Photohoku activity. Basically photography in a humanitarian capacity has traditionally been used as a way to shed light on the plight of a bad situation, bringing attention to people and circumstances that need addressing. Photohoku has been a bit different in […]

The 5-year anniversary of the Tohoku Earthquake and Tsunami this weekend led Yuko and I back to the very spot where we started Photohoku. We came to Ishinomaki in Miyagi Prefecture back in September of 2011 with just a simple idea, to make a few new family photos for families who might have lost theirs. Little did we know that we were embarking on what has likely become a life-long journey and community of people, profoundly changing our hearts, and hopefully touching many more. After a handful of special moments in those first few efforts, we began to understand […] 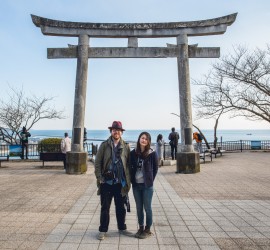 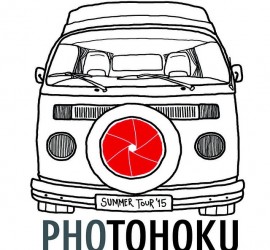 Here’s a little peek of Photohoku‘s recent team-up with Living Dreams.jp, Touchy, and Satoshi Aoki. We’re working together on an initiative called Digital Natives thats focussed on children’s homes, and hopes to close an opportunity gap between students who can’t live with their parents, and their peers who can. Most of these kids are not technically orphans per se, but for whatever unique circumstances each child has, they all live together, away from their homes, and as a likely result of that stress, they’re coming out of school several steps behind their peers. So the goal of Living Dreams and this particular Digital […] 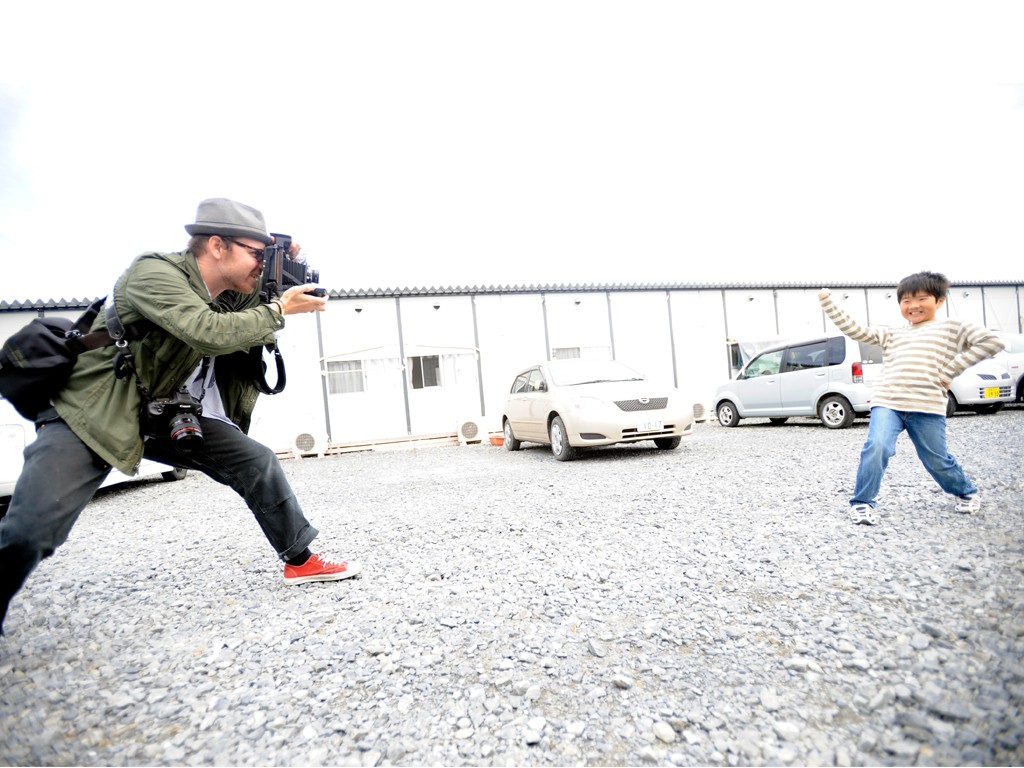 Hey Photohoku Community! Brian here. Need your help! Photohoku has been steadily moving forward year by year but recently we got some unexpected strong winds beneath our wings and its time to position ourselves to “level-up”. Our vision on moving forward is clear as day, while the perfect storm of collaboration and synergy is right in front of us, and we need some stuff to happen to make the most of all of it. The first thing we need to do (and I’m talking not totally knowledgeable about this stuff) is to officially set up as an NPO. I […]

Photohoku had the great privilege this weekend of working along side some incredibly passionate and talented people who are dedicated to helping orphans in Japan. We spent all day Sunday sharing our love for photography with children at two local orphanages in Tokyo, St Josephs Home (聖ヨゼフホーム ) and Kiyose Kodomo-no-ie (清瀬 子供の家 – http://kiyose-kodomonoie.com). The event was hosted by @LivingDreams.jp whose current program “Digital Natives” is empowering orphans with technology (computers, tablets, cameras). Our job was to capture their imagination though photography, spark them to get creative with us, and inspire their interest in technology. Our very good friend and […] 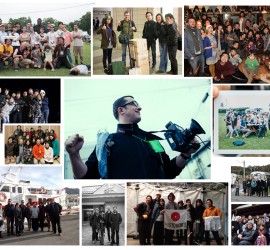 A reminder to all our Photohomies! This weekend is our annual Shinnenkai New Year’s Party! Anybody and everybody is invited, those who’ve been, those who want to go, just friends of friends, past/future collaborators, you’re all welcome to join! We would like an approximate head count so please kindly let us know if you will come so we can plan! I think anybody can join/RSVP on the FB event but if you need an invite, ping us! This Sunday, Feb 15th 下北沢never never land in Shimokitazawa, 14:00-17:00 Nijikai After Party at: かまいキッチン KAMAY KITCHEN 17:00-19:00 ¥1000 for snacks and first drink. ¥500 […]

Photohoku, very gratefully, was invited back to guest lecture a class for a gracious and inquisitive group of 7th graders in an International Baccalaureate program at the American International School of Kuwait. Thanks guys! It was a lot of fun! Lets make Photohoku in Kuwait!!! WOOHOO!!! 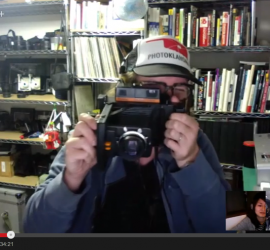 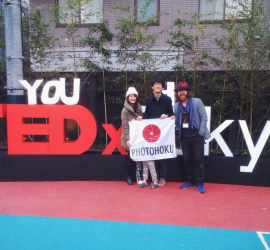 Photohoku had a truly super fun day hosting our second year of workshops and photo booth for some inspiring young adults all day long at TEDxYouth@Tokyo! Thanks to Jason, Hiroko, Airi, and all the awesome crew at TEDxTokyo and Tokyo International School! And thanks to Photohoku’s own Hiroshi, Alex, Jamie, and Yasuko for being super troopers today! Thanks for all your help! See you all next time! WOOHOO! 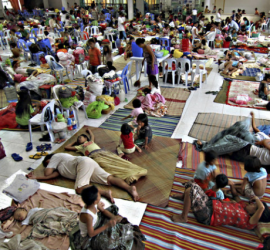 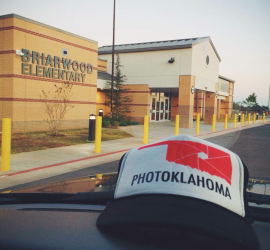 We made it to Oklahoma and had a hugely successful day yesterday with the super cool kids of Briarwood Elementary at their brand-spanking new school. It just so happened to be “Wacky Wednesday” and the kids were decked out in crazy hair, mix-matched shoes, and all around upsides down fashion. It made for a great day of class photos! Everybody remembered us and gave us a very warm welcome! The school’s adjacent neighborhoods that were nearly leveled to the ground last year were budding with new homes everywhere. Still many empty lots and many more homes still under construction […]