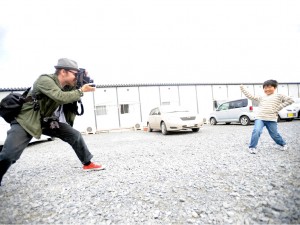 Photohoku is a family photo and family photo album building project for those in need. It was started in response to the March 11, 2011 Great Tohoku Earthquake and Tsunami disaster in Japan. The entirety of Japan was rattled after that earthquake and it felt like everybody wanted to rally to help to do something, including us, us being me, Brian Scott Peterson, and my homie/agent, Yuko Yoshikawa. Both of us with budding families and very little ones, made it hard to physically go to the devastated regions, so we worked both separately and together in Tokyo on a handful of photography related projects, like a charity shoot, an auction, a book, trying to raise money for Tohoku. Those first efforts, while successful, ran out of steam quickly. Yuko basically got frustrated that it wasn’t really directly effective enough, and recruited me to go up there with her to do what we do professionally together in Tokyo, which is making family portraits. It was obvious to us that if people lost everything in the tsunami, it likely included their family histories in photos, and that was something we understood and could help with. 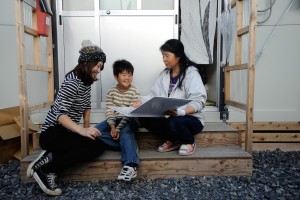 When Yuko asked me about going to Tohoku, there was a instant camera I had been working with at the time sitting on my desk. In a moment, it just clicked that if we used instant photography, it would allow us to give photos immediately and it might also make it fun for the recipients. And then the idea quickly coagulated, putting the photos into albums, giving the families donated cameras, collected from friends and families, and it all just sorta made sense that that’s what we’d do. So to my wife’s delight, I cleared out all the instant film claiming endless space in our refrigerator, went to the photo store and bought all the albums we could, and then posted online the need for working but retired digital cameras to take north and we headed out. 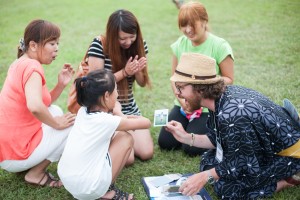 We didn’t have much of plan on what exactly how we’d do all this but we had a friend up there who could take us around and we just hoped it would work. Eventually we made it up to a temporary housing complex and walked in on a community event in the meeting room. They assumed we were perhaps some foreign news outlet, and having already been mined for media photos, they were not only not interested, but flat-out ignored us when asked to pose for photos that we’d gift to them. As ubiquitous as digital photography is, it wasn’t exactly easy to explain what we were doing but eventually, I just made a snap of somebody and luckily it turned out great. Like magic, we handed the instant photo to the guy, and initial confusion instantly changed to happiness and immediately he was beaming. “For me?” he asked. “Yeah man, just for you.” As soon as everybody “got it”, everybody wanted one and we were very happy to oblige. With the photos we made, we started a a bunch of new albums, had an absolute blast with everybody, and made a few really great connections. It went off unhitched, and we left with such an overwhelming sense of fulfillment and moreover an understanding of how severe the situation was and the mountain of grief and loss these people faced. It was humbling like no other experience in out lives prior. We instantly resolved to come back and repeat the effort as often as we could, setting a goal to continue at least for 3 years, which was the amount of time (since long extended) that people were going to be allowed to live in temporary housing. We secured a little sponsorship, we rallied our friends to help, and we became Photohoku. 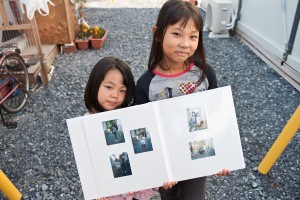 with nearly 50 monthly efforts later, we’re beside ourselves that this became what it did. I’m not sure anybody had ever done anything like this exactly before, so we were just going on out guts. There was never really a problem solving strategy or criteria for places to go. It was always just a matter of hearing about somebodies relatives living in some affected city, so we’d go there and do the project, then like photography minstrels, go to the next town. Now its grown into an multi-national effort, with people coming from overseas to help us, as well as groups repeating Photohoku in other part of the world. We’ve also learned how anybody, not just those faces with natural disaster, but those with sickness, separated from family, faced with any kind of adversity, all can experience some kind of healing or solace from something as seemingly insignificant as a photo.

One beautiful supporter had this to say about it:

“This project amazes me on so many levels, not least of which is what it does to remind me of just how very special a photograph can be, in providing a touchstone in the now that, while it cannot restore all that has been lost is, by all accounts, helping to link the present with the past for the people of Tohoku as they attempt to rebuild their lives. Never has the axiom: a picture is worth a thousand words, felt more apt.” 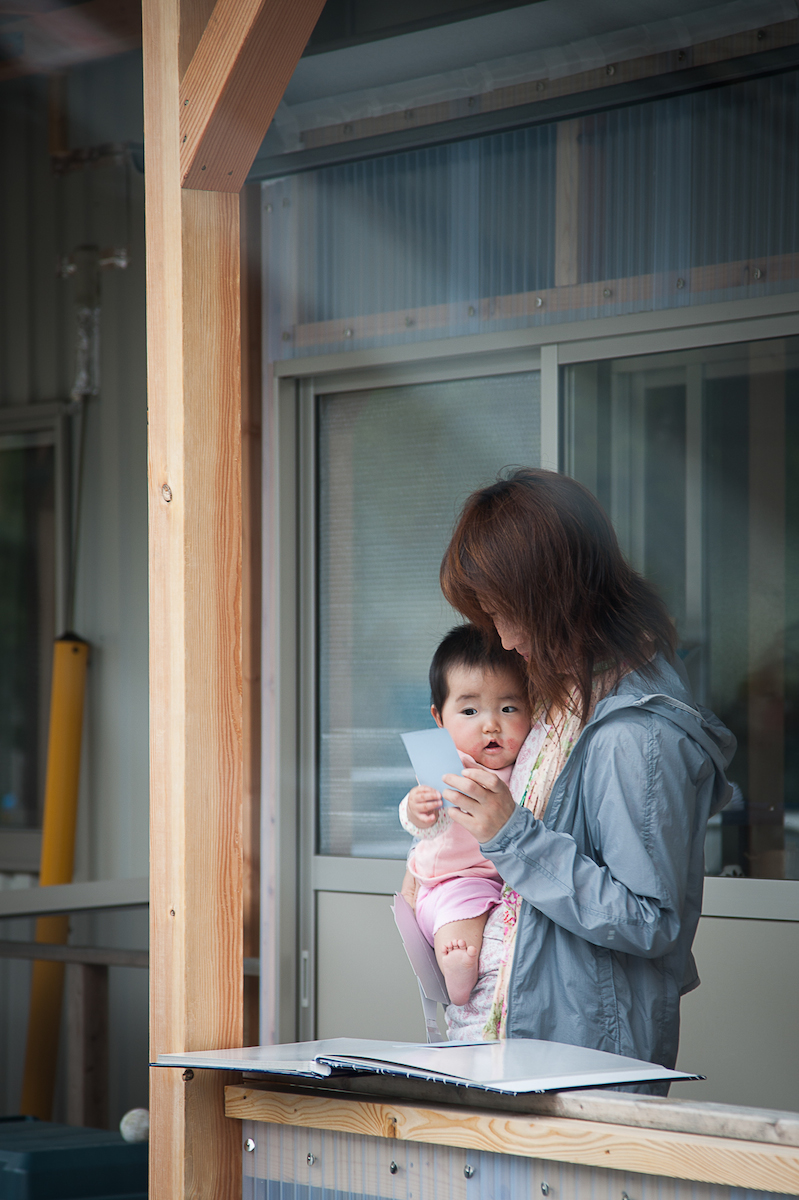